As organizations continue to undergo change at an increasing pace, smart people employ a brilliant sales strategy as an even more brilliant career development strategy.

Question: During the last 12 months of the pandemic and the emerging “Great Resignation,” what percentage of the first-level supervisory-through-senior leadership positions at your employer changed people?

According to a 2020 study by Emplify if your organization follows the national trends, fully one-third of your organization’s employees are actively seeking a change, while more than 70% are open to new leaving their current employer for new opportunities. If you answered the question above with turnover in the 25-35% range, your organization is normal, with a three-to-four-year average tenure in leadership.

How Valerie’s Career Got Sidetracked

Valerie Perrera was hired by Mark Scott, SVP Operations for American General. Val worked for Mark for several years earlier at a previous employer. When he needed an Associate Director of Customer Service for the Sunnyvale CA regional office, he recruited Val. American General was growing, and Mark thought that Val could come in and master her role, then perhaps move into a full Director position. Val was one of those people who just rolled up her sleeves and got her job done well. Mark was interested in Val’s success, and undertook the role of mentor for her. 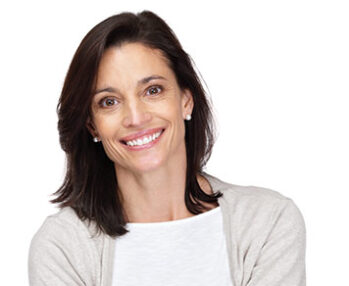 Because Mark had a different level of visibility in and to the organization, he was often able to give Val ideas on how to position herself for greater responsibility.

Over the next 18 months American General continued to grow, and a second Associate Director position was added. Mark continued to serve as a mentor for Val, grooming her for her next move, and told her it would look good for her to help the new AD, Shelby Rowans, learn the ropes. While Shelby appreciated Val’s help, she viewed Val as more of a competitor than a partner.

Then the unexpected happened – Mark was recruited by Omnigen, an East Coast firm, to head up its European operation in in London. Mark had been happy at American General but the prospect of heading up all of Europe for a new employer was too enticing to pass up. Once he accepted the job, six weeks later he relocated to London. To backfill Mark’s position, American General hired Omar, who came from both outside the company and the industry.

In the weeks following Mark’s departure, Val began to miss having her weekly “touch base” sessions with him. While she was always welcome to reach out to Mark, he was an ocean away and was wrapped up in his new role and company. Val realized that with Mark gone, she had lost her principal advocate for career growth at American General.

One of Omar’s first major tasks was to reorganize the Customer Service group, appointing Shelby as Director four months later, a role Val had hoped to fill.

For all of her career at American General, Val had remained single-threaded in her relationship with other leaders in the company, namely Mark. She hadn’t felt the need to build other relationships with leaders at American General beyond those needed to perform the duties of her role. She never anticipated that Mark would leave a company and job he loved and assumed that he would always be there for her.

Considering the prevailing turnover and tenure statistics of employees in the United States (which are echoed in other parts of the world), the probability was great that Val’s mentor Mark would change employers within four years of his hire. It was not a question of IF, it was a question of WHEN.

How Multithreading Could Have Saved the Day for Val

The concept of multithreading is better known in sales, where it has been an emerging best practice over the past decade. Sales professionals develop six to twelve relationships within an organization’s team of key decision makers and influencers. This serves to assure a continuous business relationship that survives the change of people in decision making and influencer roles due to inevitable turnover in organizations. Whenever a key decision maker or influencer is replaced, the new person is surrounded by other leaders who support the existing business relationship.

Multithreading is an equally effective career management strategy to build relationships with multiple decision makers and influencers within the organization for which you work, who know firsthand the quality of your thinking, character, work ethic, and decision making. It means taking the long view to build beyond casual relationships inside your employer, but outside your immediate area of expertise. You never know which relationships will prove valuable until you need a particular relationship. Which needed to have been built prior to the time in which you need it.

Here are nine effective strategies and tactics to build a strong multithreading network within your employer:

Multithreading is an excellent way for leaders to operate in the current environment. While it requires both effort and a time commitment, it is one of the most effective ways to keep your own career green and growing.

About me: I work with some of the world’s top employers by helping them get the most out of their talented people. My company’s extensive leadership development course catalog provides effective skills-building for everyone in the organization, from the new / developing leader to the seasoned C-level executive. My company’s coaching programs produce significant results in compressed periods of time. I also help job seekers, higher ed, and employment services connect people to better jobs faster. My company’s acclaimed career development tools help people navigate the ever-changing landscape of conducting a successful job search. To find out more, please visit us at www.boyermanagement.com, email us at info@boyermanagement.com, or call us at 215-942-0982.