Beware Your Own Scotomas!

Scotomas – blind spots – are very real symptoms of a serious medical condition that is the leading cause of vision loss.

Scotomas are often tied to a condition of the human eye called age-related macular degeneration, or AMD. According to this article in Everyday Health, “AMD is a condition that affects the area at the back of the eye called the retina. The macula is the area in the center of the retina, and that’s where your eye sharply focuses when recognizing faces and reading.” Left untreated, such vision loss can progress to a serious stage.

Scotomas in Your Workplace and Life

Metaphorically, scotomas or blind spots describe what people don’t see completely, correctly, or clearly. Almost everyone has blind spot areas in which they see things in an incomplete, unclear, or incorrect way. Scotomas mean that people make decisions about situations and people based on past experience or beliefs. More often than not, people see what they expect to see because of a scotoma.

Because blind spots are rarely noticed by the person who has them, this “hole” in his or her perception reduces the quality of the decision made or actions taken, limiting life and workplace effectiveness. Let’s take a look at two examples. 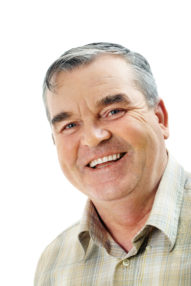 Meet Robinson “Rob” Hanes, a usually affable but decisive supervisor in a small manufacturing operation. Rob has a blind spot about the effect that his decisiveness has on the people with whom he works. Whenever he gets an idea into his mind, he wants to take immediate action, and pushes others to move quickly on his idea. He sees this as the responsible thing to do. When his co-workers want to have a discussion about Rob’s idea, he begins to push that much harder to move forward. However, in his haste, he often fails to completely think things through, especially the potential for the unintended consequences of making a speedy decision. His co-workers understand this about Rob, and may avoid him when he gets into one of his “move now” moods. Rob becomes puzzled by why they behave the way they do, largely because he doesn’t see his own blind spot. He concludes that the problem must be “them.”

Lorena Crampton is a great mom and a sales representative for Holiday Plastics. Lorena has had a few challenges with her youngest daughter Shamele, age 8. Shamele is a bright child but has been struggling with learning math. Lorena recalls her own difficulties with math at that age, and has suggested Shamele use the same methods that Lorena used. Lorena’s blind spot is that she doesn’t recognize that Shamele’s learning style is almost the polar opposite of her own. Lorena figures out that she just need to push Shamele a bit more and eventually the light will go on. Shamele doesn’t get what mommy is trying to tell her, and begins to really hate math because of it.

Towards the end of this article is a black box with white letters, just before the heading, Bottom Line. Please don’t look at it until you read these instructions. Got it? Instructions: please read through the statement in the black box and count the number of times the letter F appears, and write down the number. Okay, don’t read any further until you complete the experiment.

What this experiment is designed to show you is the human tendency to lock-on to something, such as a belief or familiar fact, and as a result of locking on, the brain locks out all other possibilities. It’s called the lock on, lock out principle.

If you are like most people who have never seen this experiment before, you probably counted three for the number of times the letter F appeared. Actually, it appears six times. When you read the sentence your brain is conditioned to pronounce the F in the word “of” as a vee-sound. So your brain skipped over the three times the word “of” appeared. If this describes what happened, your brain did a classic lock on, lock out.

This lock in, lock out tendency is behind why you (and most of the people of the world) have scotomas. While the specific blind spots will vary from person to person, almost everyone has blind spots.

What to Do About Your Own Scotomas

While most people have very well-developed lock on, lock out tendencies, here are five positive actions you can take to limit or manage the harmful effects of lock in, lock out:

2. Ask yourself some hard, skeptical questions, whenever you want to act on something you believe to be true. Questions like these can help: Am I totally certain of this? I’m probably missing something…what is that most likely to be? Are there other ways I could look at this situation?

3. Have you ever come to a conclusion before you investigate? In other words, I believe X and therefore won’t consider Y. Or found yourself cutting someone off before they complete their thought, saying, I’ve heard this before? Recognize this tendency as a scotoma trying to assert itself.

4. Ask others to help you identify what you are missing. Ask them to evaluate your idea, and how they see it. Ask them for details. If they mention something you didn’t previously notice, ask why and how they came to identify that specific aspect. You’ll get the benefit of a different perspective which may counter-balance your own scotoma.

5. Invite criticism – and thank people for it, especially when it makes you see something you missed. Positive reinforcement for people who point out our errors will be an encouragement for others to give you more candid feedback. This, in turn, which will help you expose your scotomas and improve your decision-making.

Here’s the experiment referenced above. Did you follow the instructions?

Recognize that you, like the rest of the human race, likely suffer from blind spots that you aren’t aware of. Enlist the assistance of others to help you identify your own scotoma tendencies, and use their guidance to help you work past your own scotomas.

This article is excerpted from Module Three of Leading Through People™, a talent-development program now used by managers and leaders on four continents to help them improve their own management and leadership effectiveness.

I love working with curious people! Here are several outstanding resources that can help satisfy your own curiosity in three key areas that can boost you career:

I help job seekers, higher ed, and employment services connect people to better jobs faster. My company’s acclaimed career development tools help people navigate the ever-changing landscape of conducting a successful job search. I also work with some of the world’s top employers by helping them get the most out of their talented people. My company’s extensive leadership development course catalog provides effective skills-building for everyone in the organization, from the new / developing leader to the seasoned C-level executive. My company’s coaching programs produce significant results in compressed periods of time. To find out more, please visit us at www.boyermanagement.com, email us at info@boyermanagement.com, or call us at 215-942-0982.